One of the items I collect are badges. And while I like Law Enforcement Officer (LEO) badges*, I tend to steer toward badges that are meant to give a psychological sense of authority, rather than authority granted by law. It’s the psychologist part of me that finds these ‘symbols’ intriguing. And it’s the geek part of me that was drawn to Geek Squad Badges. Recently I was able to acquire a few on eBay for reasonable prices (after stalking them for some time), and found one that didn’t look like the rest. It was a Fake!

So first, a bit of history. Geek Squad was founded by Robert Stephens in 1994 and adopted an LEO-esque branding theme (Which is a pretty cool idea in a way). Under “Chief Inspector” Stephens, employees were issued badges with their LEO-styled titles on them. You can find a few of these proudly displayed by former employees on Twitter and elsewhere. A custom Smith Warren badge runs about $60 – $80 on the low end, so these weren’t given to all, just those who had sufficient ‘rank’ (Think senior leadership, senior positions at even low levels, etc..). When Best Buy acquired the company they kept the badge tradition, issuing badges that read “Counter Intelligence Agent”, “Deputy Counter Intelligence”, and the most popular “Double Agent” (For geeks who worked in stores and in homes – i.e. double locations). Below you can see two Geek Squad badges from my collection. (I promise soon to have high-res images up, my apologies for the lighting).

The badge on the right, from Double Agent Kai, is a standard Geek Squad style. It’s made by Smith Warren, and is pretty high quality. The badge on the left, however, is different. It doesn’t have an agent’s name, it has a generic badge number, and is made by Blackinton. Holding it you can tell it’s not as high quality as the “Kai” badge, with less recessed features. Since I hadn’t come across a “Secret Double” badge before, I reached out to some former Geeks, none of whom knew what to make of it. The internet wasn’t much help either (Surprisingly there isn’t a Geek Squad Badge wiki!)

The thought crossed my mind that it could be a fake. But faking a rather obscure non-LEO / non-Prop badge? Seemed a little off. So in a fit of desperation, I sent a tweet to the Chief Inspector himself, who verified my thought: Now on a practical level, I can sorta understand the faking. Geek Squad badges pop up on eBay from time to time, usually from former Best Buy employees looking to get a little money for them. They regularly sell for about $25 -$60. However in the last 6 months I’ve seen a few former Geeks who are trying to get much more for their badges. They list “Double Agent” badges (the most common) for upwards of $200. They don’t sell, but to the casual eye who doesn’t watch the listings, it might look like there is some money to be made by reproducing a badge for $40 and selling it for $200. Sadly (for the seller) I paid much closer to the $40 for the “Secret Double” badge than the $200 wish, and that probably explains why I haven’t seen one since. I also can’t find them for sale online anywhere.

On a psychological level, it’s really interesting to me to consider GS badges in general. They’re great branding, and they do subtly encourage a sense of authority. Badges have that significance to us, so seeing someone whom we might not know the exact qualifications of (i.e. What does it take to be a Best Buy Geek?) carrying a real badge may be more psychologically forceful than the uniform, the branded car, etc… The rest can be dismissed as standard branding, but a badge – a badge is official. In fact I’ve even seen LEOs get upset because Geek Squad badges exist. Talk about psychological power! And to “fake” an already ‘fake’ badge, that just ups the level!

So in the end there’s the story (with better pics to come soon). Geek Squad has a pretty novel and useful-on-multiple-levels idea, and imitation ensues (Perhaps to flatter, or because someone can’t do a finished item search on eBay).

I’d like to thank Robert Stephens for his reply tonight. it filled in the gaps in my information and allowed me to make some speculations. Anything I got wrong, feel free to correct me (That goes for any other current or former Geeks who find this article).

Regarding the first line of the article…

* Obviously if you have an LEO badge you’d like to donate, I’d love to hold onto it! Any donation is gladly accepted and cherished. 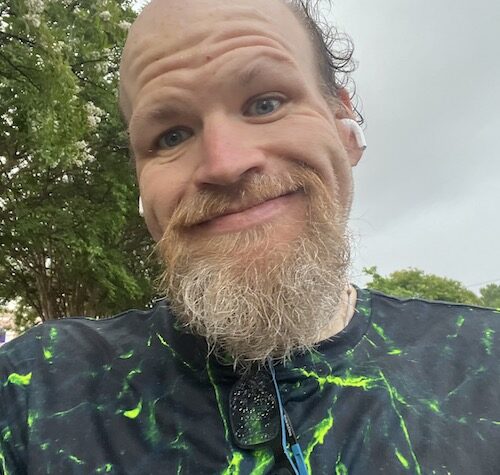