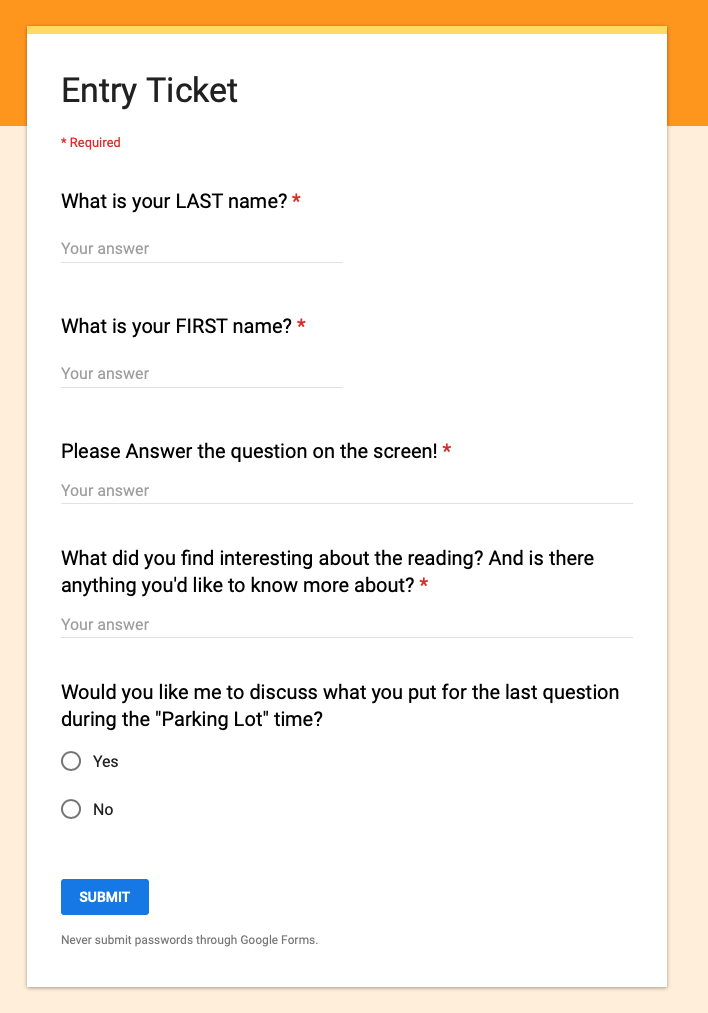 Last week I attended a workshop on Differential Education, and realized that I’m already doing something very “differential-ly” – starting this semester in my General Psychology class. Students do a five minute entry ticket each day upon coming into class, and a five minute exit ticket on the way out. Combined, these two tickets count for 50% of their overall course grade, and I grade them not only for participation, but also accuracy. Initially I began creating them using Socrative, however I found it to be a bit buggy for my tastes, and switched to Google Forms.

Here’s what I do each day:

I’ve found this to work really well this semester. Students are (mostly) reading and engaged. And in the end, it was much easier to set up using Google Forms / Sheets than through Socrative or any other ‘education’ product.

Franklin, the Ghost Who Successfully Evicted Hipsters from His Home, Parts 1 & 2