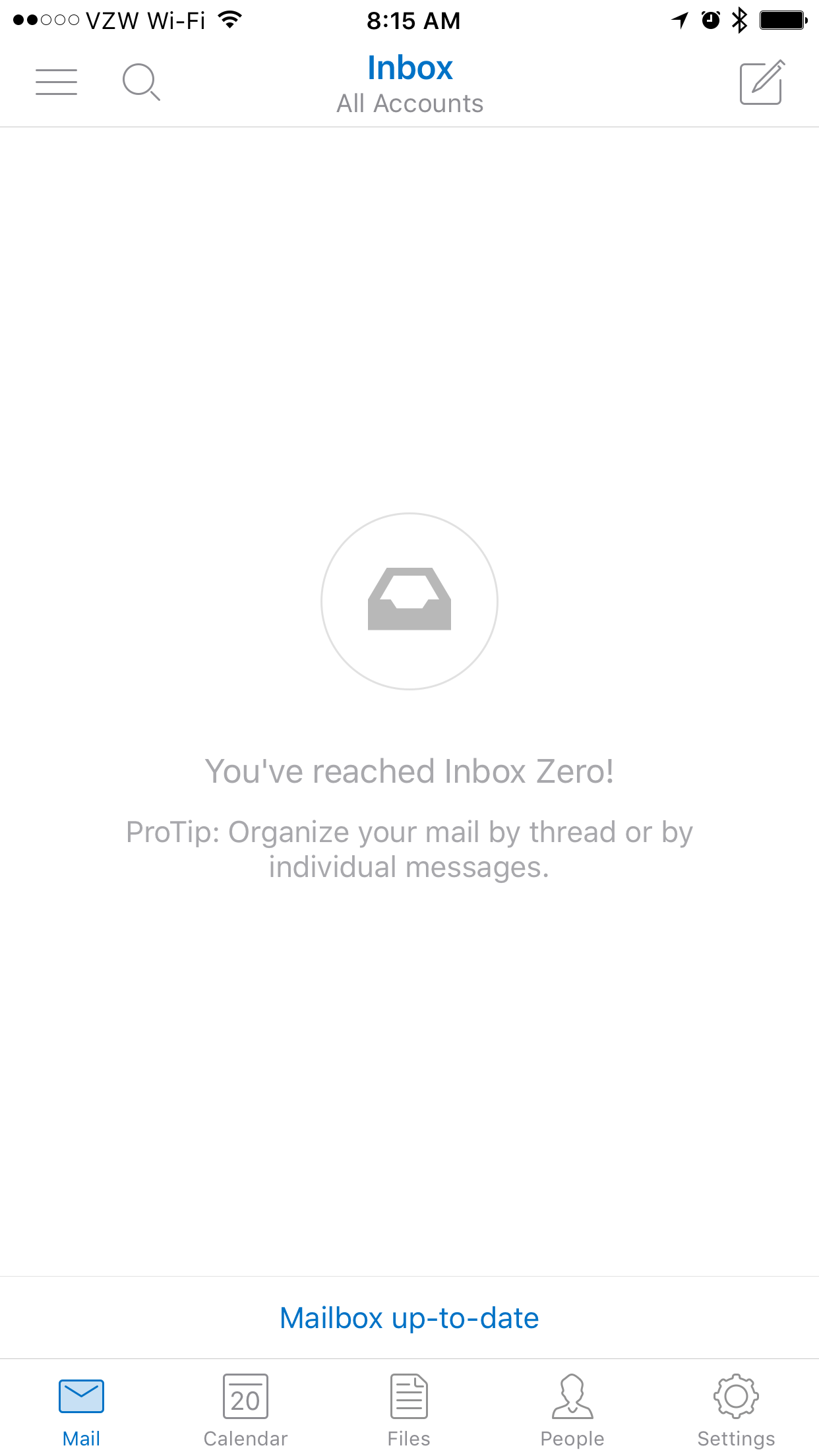 My inbox as I started typing this post up.

I’ve always been an Inbox Zero kind of guy before Inbox Zero was even a thing. From the time I got my first email address in 1995 to today, I’ve felt that the inbox should be empty nearly 100% of the time (I’ll outline my own exceptions below). Recently I told a friend that my inbox was empty and he was astonished, envious, and perhaps a little annoyed. It got me thinking about the practice, and about the relative merits or consequences of such a rigorous approach.

Inbox Zero has been widely discussed among productivity mavens and life hackers for the last few years, with many staunchly defending it’s usefulness, and others claiming it is a colossal waste of time and energy. Opinions on email seem to be in no short supply – some argue that push is the way to go, others take the opposite approach and pontificate that checking only once or twice per day will up your productivity to the stars.

If it isn’t blindingly obvious by now, the discussion boils down to what works best for the individual. For some, Inbox Zero will be the way to inner zen. For others, the inbox count is just a number, not one to be worried about or praised. In my experience over 20 years, I’ve found that I’m happiest when my inbox is nearly empty, so I keep up with that. If you’re experiencing email overload, you might find Inbox Zero satisfying as well (as soon as you dig out of your current overload!). For what it’s worth, I’ve tried ditching Inbox Zero and experience quite a bit of anxiety over it (which kinda scares me) – I’d like to be ‘cool’ with having stuff in there, but I suppose old habits die hard.

One final note – I mentioned that I do allow email to sit there in some circumstances. What are those?

This brings up the last bit of my email peculiarity: I archive everything, and never sort it. Gmail search (for my private email) and Exchange search (for my work email) tend to do things pretty well. I also backup my mailboxes every 6 months or so.

If society fits you comfortably enough, you call it freedom.