Over the past few months I’ve had many students, colleagues, and friends ask about my 2 years at Centenary College of Louisiana as a Visiting Assistant Professor of Psychology, and I wanted to take this time to a) tell the full story and b) reflect. I’ve enjoyed my time at Centenary, and am sad to be leaving. But I suppose all good things come to an end!

It’s always tough to say goodbye to a place you’ve worked, and when it’s academia, it can be very bittersweet. I realize that some of my students (and friends) are a bit confused about what a “Visiting” professor is, so I’ll start this post with a timeline of events, and fill in my reflections at the end. My Centenary situation wasn’t exactly what I expected!

In February 2012 I saw an ad for a tenure-track position in psychology at Centenary (Which is conveniently still online). Tenure-track means that the position is a permanent position offered for a minimum of 6 years (unless you do something egregiously bad). Over that time you get to build up your teaching, research, and service record and at the end of the 6 years, be considered for tenure. If you get tenure, then you are (more or less, exceptions apply) offered a permanent position for life. Short of doing something horribly illegal, you will have a job as long as you want it. Tenure is kinda the Holy Grail for academics. Anyway, the tenure-track ad started:

Centenary College of Louisiana invites applications for a tenure-track assistant professor in the Department of Psychology. An ideal candidate would demonstrate excellence in teaching and scholarship, particularly scholarship involving student collaborators. Area of specialization is open, though candidates with expertise in clinical-counseling or cognition are particularly encouraged to apply.

Seemed like a good fit – I love involving students in my research, had teaching experience prior, and am a cognitive psychologist. I applied, had a phone interview, and was invited to campus. Centenary is a pretty small school – the Psychology department only has 3 full-time faculty, with 1 adjunct who teaches a single class a semester.

About 10 days after the campus interview, I got a call from the department chair, Matt Weeks. He informed me that…

This was not what I had expected and is a pretty radical change to the position. Making it a visiting position when it was advertised as tenure-track kinda feels like the rug has been pulled out. However It was hoped that this would be a good compromise for both parties: I’d get some teaching experience, and they would have someone to teach a full load in the fall. I was never assured that the visiting position would turn into anything more, however Matt told me that they’d plan to run another search in 2 years (in Fall 2013) for a clinical-counseling again, and I would be “welcome to apply”. This would be a tenure-track position, and I believe his exact words were “we’re not ready to give up just yet” on the prospect of getting a clinical-counseling person.

My assumption, which I don’t think was a stretch based on the facts, was that they’d try one more time for a clinical / counseling person. If that failed, I’d already have 2 years experience, so I’d be a stronger candidate at Centenary or elsewhere. I made this assumption (with others echoing it to me), and was hopeful that perhaps the visiting would become something more. Since I had favorable impressions of the college, the students, and the faculty/staff, I decided to take the 2 year visiting position and conduct myself as if staying beyond 2 years was a real possibility (since it appeared to be). Plus it makes it easier when you feel personal investment, so I tried to put the “2 year ticking clock” out of my mind and be the best professor I could be. I must confess though, it always felt a bit bitter in my mouth to have the position switched from tenure-track to visiting. The bitterness became bittersweet, over time, as I grew to love my work at Centenary.

Fast forward to last fall (Fall 2013). The new advertisement was placed for a tenure-track position. This time it read…

Centenary College of Louisiana invites applications for a tenure-track assistant professor in the Department of Psychology. An ideal candidate would demonstrate excellence in teaching and scholarship, particularly scholarship involving student collaborators. Area of specialization is open, though candidates with expertise in clinical or counseling psychology, or those who add to the breadth of the department are particularly encouraged to apply.

I’m still not a clinical or counseling psychologist, however I do add breadth to the department (I’m the only cognitive person, the only one who has done research on consumer psychology / marketing, the only one who conducts online research, and other elements). I was told by Matt to apply, which I did.

In December, I was told they had done a few phone interviews but weren’t able to find anyone strong enough to bring to campus. I hadn’t been interviewed (although the committee was exactly the same as the one who had interviewed me in 2012), but instead of moving forward with the position, they decided to declare a failed search and try again in the spring since Matt was leaving. At this point, Amy Hammond became de-facto department chair, and search chair.

Area of specialization is open, though candidates with expertise in social, clinical or counseling psychology, biological, cognitive and those who add to the breadth of the departmental offerings in developmental psychology are particularly encouraged to apply. Candidates will be expected to teach in their area of expertise as well as contribute to general courses such as Introduction to Psychology, Research Methods, Statistics, History and Systems.

From the sounds of this, I should be a pretty good fit…

Anyway, Amy told me that all my application materials from the Fall search would be forwarded to the spring search. I felt hopeful as we moved into March that I might be able to get the tenure track position, since I was already doing the job, had had no complaints, and was very happy with my students and my work. My students also seemed to be responsive to my teaching style, and were enjoying my (fairly hard) classes. I also felt that, since the college was going through a time of transition, something stable might be desirable to both faculty and students. After all, we already had one of 3 psych professors leaving!

Things started to proverbially “go south” on a Friday night in March when Amy emailed me the following. I generally don’t share private correspondence, but I don’t want to paraphrase here at all:

We were really fortunate to have a candidate pool that was both larger and stronger than we’d anticipated–particularly with respect to some of the issues we’re especially concerned with: diversity and ability to teach across multiple areas.

We have not put you in our first pass of phone interview candidates, but with your permission, would like to keep you in the pool for consideration.

I was pretty crushed after receiving this email (Which I, ironically, received right after a small party of junior faculty!). What this essentially meant was that I was a last-ditch option. They were planning on phone interviewing and on site interviewing candidates (and likely making offers) before ever returning to me. The issues they cite, diversity and course coverage, are (in my mind) partially valid, but with the caveats below:

While her rationale certainly seems valid, and one can’t completely fault Amy for wanting to remake the department in her ideal image, I would argue that this is a really bizarre time in Centenary’s history to prioritize “new” over “stable”.

On a side note, the reaction of the faculty to the news that I wasn’t considered for the tenure-track position was interesting. Many reached out and told me they couldn’t understand why I wasn’t considered. Many added that they felt that I was ‘dodging a bullet’ by being left out.

As the Spring semester drew on, I found myself interviewing at other locations, and watching interviews unfold at Centenary. I did not go to the job talks of the other candidates (as I joked, they’d probably have been distracted had they seen someone in the back of the room with steam coming out of their ears). I’ve also been kept on the outside of whatever the committee is doing. I do know that not many applied for the visiting (non-tenure track) position, and I suspect that those who have been offered it were given the exact same thing that I had experienced in April 2012 – they came in believing they were in the running for the tenure-track position and may have been offered the visiting as a ‘consolation’ prize.

Students in psychology will have two new professors (a visiting professor with a social psych background, and a tenure-track assistant professor with a background in linguistics) to become used to the style of. Both of which I found out about via the official websites (So I’m just as out of the loop as anyone else regarding how well they will do – although I am sure they’re quite capable). They still haven’t found a clinical / counseling person, however the criteria they’ve set is extremely hard to find (Namely someone young, who wants to devote their career toward teaching in psychology and not practice. Hard to convince someone who just spent years of grad school, internship, residencies, and more practicing to give that up to solely teach!)

So What About You?

For those of you who haven’t read any announcement on social media, or haven’t talked to me in person, here’s how my situation resolved.

To recap, I’ve technically been applying for tenure-track positions since Fall 2008, my last year of graduate school. I started putting out applications for an August 2014 position in August 2013, and had some success getting attention on the market in the spring. By my count, I applied to ~25 positions this year – all were what I’d call “perfect” fits. In the psychology world it’s pretty hard to get an interview unless you’re nearly exactly what an ad is looking for (They’re just too many people on the market – it’s a buyers market). 25 positions applied, and I was given 8 phone interviews. Out of the 8 phone interviews, 7 locations invited me out to interview. I interviewed at 6 (#7 had their faculty search cancelled between the time I was invited for an onsite interview and the interview itself), 1 in February, 1 in March, 1 in April, 2 in May, and 1 in June.

Finally, after coming in at #2 at a few of the interviews (heartbreaking!) I am happy to announce that I have been offered, and accepted, a tenure-track position as an Assistant Professor of Psychology at Delta State University! I shall be teaching again in Fall 2014 – alleviating tons of worry and anxiety I’ve felt over the past 8 months and, more generally, the past 5 years. Specifically this Fall I’ll be teaching General Psychology, Research Methods I, and Statistics! The department seems like a really great place to work, and I’m super excited to start teaching in 2 weeks!

Now that my Centenary story is done, I have a few reflections on it that I want to share.

So there you have it – my Centenary story. I went from some extreme high’s to extreme lows, and lived a life of uncertainty for 2 years. But it was a good 2 years, and I wish the best for Centenary College of Louisiana as it moves forward. I’ve made a ton of friends that I hope to keep in touch with, and will be checking in on the college from afar. And my former students are always invited to keep in touch with me through my blog or social media! 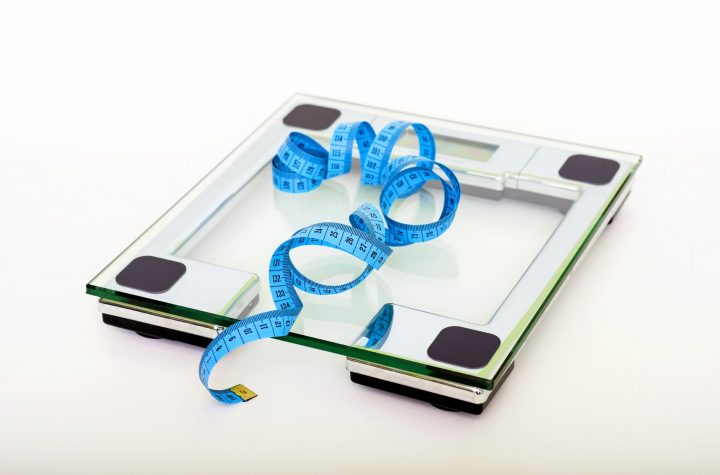